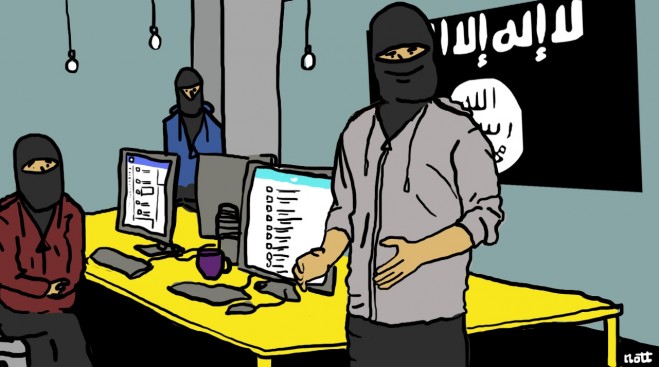 We’ve heard a lot about how ISIS uses social media to recruit new members and spread it’s message. And as MATTER pointed out- if ISIS was a start-up, they’d be working with some pretty impressive statistics. But we could never have guessed how much the start-up mindset is engrained in their culture. Recent documents acquired by the Gabbler show ISIS’s latest pitch to investors.

By Lisa DeBenedictis and Dan Nott

ISIS is a band of young professionals seeking to redefine the boundaries of governance in the Middle East. ISIS combines the dynamic professionalism of a modern day army with the flare and edginess of a 21st century terrorist organization, with computer skills beyond “proficiency in Microsoft Office.”

The Islamic State provides social and security services to underserved communities across the Levant.*

*Must subject oneself completely to ISIS’s brand of Islam to receive benefits. Not valid for certain minority groups already deemed heretical. Failure to comply may result in injury or death.

Our organization has seized upon recent realty opportunities resulting from the Syrian Civil War and the legacy of the U.S. invasion of Iraq. Market research found large amounts of territory to be entirely ungoverned, creating huge demand for our product to fill. Based in the historic “Cradle of Civilization,” ISIS is well-positioned to capitalize on the demands of this unique market and expand internationally.

ISIS faces significant competition from established states as well as other start-ups in both the Syrian and Iraqi markets. However, our funding, modern technology, and ruthless ambition will guarantee our advantage over competitors.

Over the past 3 years, ISIS has seen indomitable growth by every possible metric:

The ISIS brand is now internationally recognized, and discussed widely. VICE made a video about us. The international community, stunned by our fiery expansion, is clearly impressed by our credentials and abilities.

“[ISIS] is as sophisticated and well-funded as any group that we have seen. They’re beyond a terrorist group. They marry ideology, a sophistication of strategic and tactical military prowess. They are tremendously well-funded”…”This is beyond anything that we’ve seen.”

“I do think they [ISIS] present the greatest threat we’ve seen since 9/11.”

[ISIS is] “probably more sophisticated than most U.S. companies.”