Rove Rage (roʊv reɪdʒ): anger over statistical analysis that predicts a future other than the one preferred. Only known cure is proclaiming that the situation is “awkward.”  When I told my niece that her chances of marrying Justin Bieber were about one in a million she went into a total fit of Rove Rage and 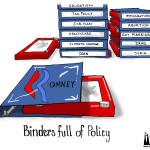 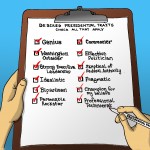 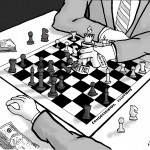 Welcome to the (Third) Party!

This year’s presidential election has been largely focused on the candidates of the two major parties, with little press or consideration given to any third party. In an effort to bring more attention to third parties, the...

DNC: Behind Every Great Man is an Even Greater Woman (Or So They Claim)

As the political pundits and economic experts of CBS News, the Washington Post, the Daily Beast and countless other publications carefully confirmed or denied the many assertions made in last week’s Democratic National Convention, The Gabbler investigative...

Ask Me Anything with the Veep

The following thread appears to be Vice President Joe Biden’s attempt at a Reddit thread, in imitation of President Obama’s recent use of the Reddit Ask Me Anything forum to reach out to constituents. However, this particular...