The Olympic Opening Ceremony That Never Was

This past Friday, the world was wowed by the Sochi Olympic Opening Ceremonies, complete with a police choir performing “Get Lucky,” a little girl reciting an alphabetized account of Russian history, and only four of five snowflakes opening up into the Olympic rings (woopsy). There were several proposals, though, that didn’t make the final cut. 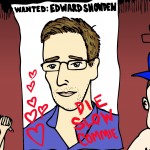 Recently, a New York Times editorial calling for clemency in the case of Edward Snowden reignited the debate over whether or not the United States should continue in its attempts to extradite him so that he can stand... 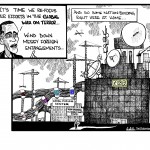 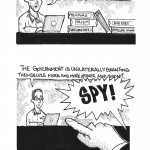 SNOWD-IN (snoʊd ɪn): to be stuck in hiding due to publicly speaking out against corruption or wrongdoing. Or, just stuck inside due to bad weather. Origin: Edward Snowden, the NSA and PRISM whistleblower, currently in hiding in Hong Kong. “Where’s Jim?” “Uh-oh....