The following memo was sent to The Gabbler’s CEO. We’re currently in talks with Bible Biz to learn more about how finding religion can help us save more on our web hosting fees and boost ad revenue. Attention, American business owners! This Hobby Lobby ruling has set a very significant precedent for America, and you need to 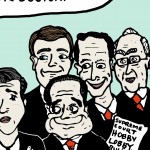 Government Workers Standing Between You and Your Doctor 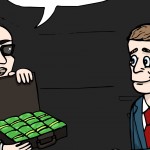 One of the most significant arguments contained in Supreme Court’s recent decisions on campaign finance is the narrow definition of corruption. Chief Justice John Roberts writes that the Court can only concern itself with “quid pro... 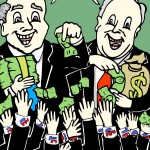 In an unprecedented attempt to create more transparency in the United States Supreme Court, Chief Justice John Roberts has announced that he will publish a book of essays explaining some of his major rulings while serving on...