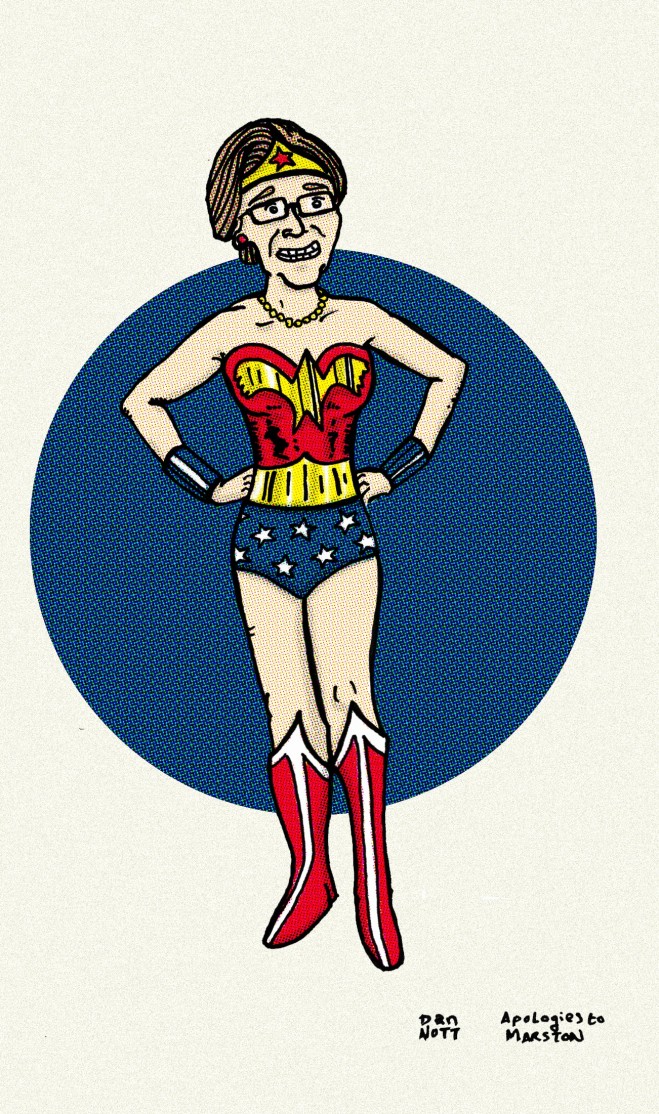 After what many Americans thought to be a surefire casting of Hilary Clinton as America’s next Wonder Woman, Elizabeth Warren is now quickly replacing Clinton as a fan favorite, especially after her crazy-sexy speech to save Planned Parenthood a few weeks ago, and of course, the fact that she simply doesn’t want the job.

With Wonder Woman set to come out in 2017, and the new Super Girl series out in a few weeks, Hollywood producers and US voters alike are trying to find the woman who truly embodies what it means to be America’s Wonder Woman.

Clinton was originally thought to be perfectly cast for the role. After being First Lady and Senator of New York after that, Clinton rose to fame quickly with her run in 2008, her power suits and bad ass attitude as Secretary of State, and her advocacy for women’s rights worldwide.

But does she really fit the part? As the presidential election heats up, Americans are wondering just that, particularly after Benghazi, her secret emails, and all the other shady Clinton dealings that are starting to seem more villainous than superhero lady-like.

In fact, Bernie Sanders seems more like a heroine these days than Clinton (And is it just us, or would he kill it in a red bodysuit?), and even the casting of Donald Trump as Republican party saboteur isn’t doing nearly enough damage to make Clinton look good enough to be a shoo-in.

Director Chris Nolan also thinks she’s perfect for the role. “Warren’s the hero Gotham – I mean, America - deserves, but not the one it needs right now. So we’ll hunt her. Because she can take it. Because she’s not our hero. She’s a silent guardian, a watchful protector. A WONDER WOMAN.”